As a medical doctor , I happen to end up giving many advice, most of which are unpaid and uncalled for. But one advice , which I give only when asked is ” follow healthy lifestyles, a.k.a Exercise”. often my patients later complain” Doc, I wish I could follow your advice, but I just cant make myself do that”. And procrastination is the guilty culprit almost all the time.

Read on to know , how one can shake that off and get on with their healthy lifestyle goals. This is an excerpt from my interview that I gave to a healthcare magazine, sometimes back.

1. What is your idea of procrastinating health?

Research shows that about 20 percent of adults are chronic procrastinators, but many more of us occasionally put off until tomorrow what we need to do today. Yet for the most part, we don’t realize that it’s happening or that, in the process, we’re undermining our own happiness. When it comes to living healthy, change can be hard. It’s not that we’re not capable of exercising or eating healthier. It’s just that it’s too easy to procrastinate. Procrastination can range from delaying a healthy lifestyle, for e.g exercise or dieting, to something a lot more urgent and serious like getting that blood test to be done for that nagging fever, or seeking treatment for the intermittent chest pain. In my practice, as a psychiatrist, I have found that people procrastinate the most when it comes to mental health. Mental health problems are not considered serious or significant enough by most in India, that’s why they seek treatment only when the problem have already become big.

2. What is the psychology of people behind it ? (For example why do people keep delaying their workout routines or miss out on a health treatment when required etc.)

The basic psychology behind the people who tend to procrastinate a lot is, their immature defense mechanisms. For example someone who does not seek treatment for his alcoholism or his drug dependence has denial as a prominent defense mechanism. They keep fooling themselves along with others that it’s not a problem yet and everything is under control, which is not. The same applies to many other health conditions like obesity and other lifestyle diseases. Another defense mechanism is the rationalization, where people tend to rationalize or justify their delay, by coming with excuses like “oh, I am drinking often, only because I have some stress” or “I can’t go to the gym, as it cost a lot of money” etc. Sometimes people delay in their health goals for the simple reason that they don’t know how they will cope up with all the stress of having been diagnosed with a disease and the need to seek treatment for it. This happens in the case of serious and life threatening diseases. Procrastinators are also disorganized in their thinking, making them forgetful and unable to plan adequately.

3. Why do treatments fail or major factors behind failed treatments and low results in patients?

One of the most important reasons for the failed treatment in the field of medical science is late diagnosis and treatment. And the reason behind that apart from the many other reasons, which are not in our hands, is plain and simple procrastination on the part of the patient. Another major factor behind failed treatment or less than adequate response to treatment is poor compliance or adherence to treatment. Most of the non-pharmacological advises given to a patient are not complied with diligently and that too can be explained by the procrastinating nature of the patient.

We all put off working on unpleasant or tedious tasks from time to time. And it’s a fact that most of the fitness regimes are unpleasant to begin with. It forces us to go out of our comfort zone. I have seen that even the so called workaholics who like working more than they need and finish every work way before the deadline also procrastinate. Another reason is the lack of motivation , which stops us from having the drive and the consistency that is required to follow any kind of fitness regime. Another reason why its not followed is that, when people start following any fitness regime, for example a diet or an exercise regime, they tend to overdo it, or do it in the extreme in the beginning, hoping to achieve the results fast. But this is often counterproductive and makes them disillusioned and they stop following the regime.

5. What are the ways one can improve it OR how to bring about a change in it (Solutions to it)?

One of the best ways to deal with your procrastinating habit is to follow the two-minute rule .The idea for the two-minute rule originally comes from David Allen’s best-selling book, “Getting Things Done.” The rule is simple: If it takes less than two minutes, do it now. You will be surprised how many things you can do if you follow this simple rule. From cleaning the clutter sitting on your desk , to calling back on your parents, to putting the cloths away for washing. Most of our daily chores do not take much time if we divide them into small tasks. One of the hardest parts of living healthy is getting started. If you actually get your workout clothes on and get to the gym, you’ll usually end up finishing the workout. It’s getting off the couch in the first place that’s the hard part. The same is true of eating healthy, making time for fun and relaxation, and dozens of other healthy habits. You’re perfectly capable of doing these things, but finding a way to start doing them during your busy day is hard. This is where the two-minute rule comes in.

Some simple day to day tips to help you deal with your procrastination.

Nag yourself: It’s hard to ignore in-your-face reminders. Put Post-its on the fridge at night with a list of errands for the next day.

Just start: say to yourself, “I will just start . Don’t think through to the end. Once you have started your half the task is done, because hurdle for any procrastinator is the start.

I will just do it today: Use the AA(Alcoholic Anonymous) principle of deciding for just a day and committing yourself completely for that day. For most of the procrastinators, the enormity of doing it again and again is the biggest spoiler.

What is your take on Procrastination? Let us know in the comments. Or do You have an opinion piece of your own on another topic related to psychiatry? Get it published here. Drop us a mail at contact@the-psychiatrist.com 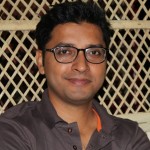 Dr. Priya Ranjan Avinash
(MBBS, MD, DPM) is Associate Professor & In charge
at Department of Psychiatry
at Himalayan Institute of Medical Sciences
SRHU, Dehradun.
After finishing his MBBS from Grant Medical College, Mumbai, which is one of the oldest and
most prestigious medical colleges of India, he joined a post graduate Diploma course in
Psychiatry in 2007 in Topiwala national Medical College, in Mumbai itself.
After practicing psychiatry at municipal hospitals and at his own private clinics for almost 2
years, he joined an MD program in Psychiatry at the oldest and probably the only mental health
institute in the whole Northeast of India.
He also got associated to telepsychiatry, when it was still a nascent concept here in India. He has
been providing his consulting services at various platforms like “Epsyclinic”, “Glocal”,
“Docplexus”, etc.
When he is not donning his psychiatrist’s hat, he is a travel enthusiast, blogger and a Love guru
(friends, seek him often, for their matters related to heart: he has a research publication to his
credit, where he studied love styles of young adults)