Psychiatrists are human beings and doctors – so don’t avoid them

It is PSYCHIATRIST – not Psycho, Mental Doctor, Physiatrist, Physicist, Psychologist, Psykriyatist, Sy#$%! Or something else…..

Psychiatrists don’t evaluate their friends, family members and strangers – because they want to live in the society like you

You can marry a Psychiatrist – after all they are good listeners

Many Psychiatrists don’t wear pony tails, French beard, full beard – You wont be knowing that one is a Psychiatrist unless he reveals himself to you , but you can identify them in Tollywood/ Bollywood cinema because they are stereotyped.

Psychiatrists doesn’t give weird looks – it only happens in movies

Psychiatrists doesn’t imprison, ill treat, torture, mind read or brain wash – they abide by the rule of “do no harm”

What is your take on stigma and stereotype around psychiatrists? Let us know in the comments. Or do You have an opinion piece of your own on another topic related to psychiatry? Get it published here. Drop us a mail at contact@the-psychiatrist.com 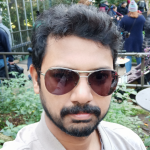 Author has completed his MBBS from Andhra Medical College, later did his Psychiatry residency from NIMHANS. Currently he is working in Melbourne, Australia with Melbourne Health and pursuing his fellowship with RANZCP ( Royal Australia and New Zealand College of Psychiatrists).